The Acutts name is synonymous with property in South Africa and success that dates back more than 160 years. It is the surname of one of Durban's most illustrious families, a family that has through the generations, contributed significantly to the development of the city and now the country. Started by Robert Acutt in 1851 as R Acutt & Sons, Land Auctioneers and Real Estate Agents, it is also one of South Africa's top 10 real estate franchise groups, a major industry role player.

Today, Acutts Estate Agents is a multi-faceted national entity. It comprises of more than 70 franchises and outlets around South Africa and offers a full range of real estate services, from residential sales and letting, commercial and industrial to farms and vacant land, leisure, new developments, and investments. The respected property name Acutts is the proud inheritance of Pat Acutt, a fifth generation Acutt. Along with co-directors Brenda, his wife, and son Jonathan, the sixth generation Acutt in Acutts, the team has ensured unprecedented growth for the company in recent years, which expanded outside KwaZulu-Natal borders in 2003.

Pat is as dedicated to the success of Acutts as his predecessors, who over the past 160 years were involved in transactions concerning almost every piece of real estate in Durban. His curriculum vitae also indicates his commitment to the property industry as a whole, as evidenced by his serving two terms of office as chairman of the Institute of Estate Agents, Durban and Natal Coast. In addition, he has also been a national councillor and vice-president of the Institute and national chairman of its Residential Specialist Division.

His son, Jonathan, has now taken up the role as Managing Director of the Acutts group who will continue to take the company into the future of real estate. With the advance of real estate related technology, Jonathan will continue to ensure that Acutts will always offer the best possible real estate services to its clients. Jonathan has also achieved much in the industry by also serving as past chairman of the Institute Durban and Coastal, as well as serving as a director on the national Institute board.

Acutts achievements are plentiful. Amongst the most recent is its launch of the Acutts Mortgage Division which internally handles the submission of home loans directly to the banks on behalf of their clients.

Acutts currently employs over 250 people, all members of the dynamic property giant known for its ethics and professionalism, personalised service and proud tradition of always aiming to be "the agents you can trust".

The Name you know.
The Agents you can trust. 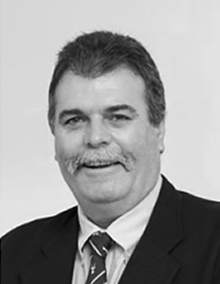